To celebrate the release of our new issue, “Up From Liberalism,” subscriptions to Jacobin start at just $14.95.

In a remarkable New York Times story, former Pennsylvania governor Ed Rendell has revealed the strategy of the Hillary Democrats as they face the challenge of Donald Trump:

“For every one of those blue-collar Democrats he picks up, he will lose to Hillary two socially moderate Republicans and independents in suburban Cleveland, suburban Columbus, suburban Cincinnati, suburban Philadelphia, suburban Pittsburgh, places like that,” he said.

In other words, they’re hoping to terrify the moderately conservative into voting for their candidate. Forget having any positive message that might attract disaffected “blue-collar Democrats,” meaning the white working class. The appeal is going to be to the center-right. Forget too the enthusiasm for Bernie Sanders among the young, an appeal based on hope for a better future. As Obama-adviser-turned-Uber-adviser David Plouffe put it in the same article: “Hope and change, not so much. More like hate and castrate.”

Marco Rubio coyly suggested the other day that Donald Trump has a tiny todger (as Keith Richards said of Mick Jagger). Plouffe is jonesing to cut it off.

So it’s come to this: as I wrote last week, the Democratic leadership hasn’t merely abandoned hope — it’s running against it. Policies that could materially benefit those disaffected blue-collar sorts but would displease the party’s funders must be ruled out. The Democrats’ desperate hope is that fear of Trump will close the deal.

Maybe it’ll work — though everyone has underestimated Trump’s appeal all along (me included, I should say). But this strategy of writing off the white working class is precisely what has fueled his rise. As Ed Luce, the Financial Times’ very sharp columnist, wrote in yesterday’s paper:

It is the white vote — and particularly white males — that ought to worry Mrs Clinton. Blue collar whites are America’s angriest people. They feel belittled, trod upon and discarded. The future belongs neither to them nor their children. Mrs Clinton personifies an establishment that has taken everything for itself while talking down to those it has left behind. Mr Trump is their revenge.

Democrats will, of course, dismiss those angry white voters as hopelessly racist and sexist. Some no doubt are, and that’s the source of Trump’s appeal to them. But that’s not all that could appeal to them. The Sanders campaign has shown that policies that could benefit them materially have great electoral potential. But the Democratic leadership would rather court suburban independents and Republicans than cross their funders.

So far that potential hasn’t shown up much in the Democratic primaries, because the disaffected don’t normally vote in them. But the longer-term potential shows up repeatedly in the popularity contests and hypothetical general election match-ups.

There’s one out just this morning from CNN and ORC International that should cause worry at Hillary Central. Some highlights:

Polls at this stage of the election are more suggestive than definitive, but the “electability” argument for the Clinton candidacy is based mostly on the wishes of her fans.

Not mentioned here: race. Clinton clearly has a huge base of support among black voters, and it would be ugly and unproductive of me to type out a lecture on how they’re mistaken in that preference. I don’t understand it, but it’s not my business to second-guess it.

What I will say, though, is that the Democratic establishment is playing a cynical game, relying on that “firewall” of support while they court moderate Republicans in the Columbus suburbs by running against social democracy and amping up the fear factor. Because as the man from Uber says, “Hope and change, not so much. More like hate and castrate.”

The new issue of Jacobin is out now. Buy a copy, or a special discounted subscription today.

Doug Henwood edits Left Business Observer and is the host of Behind the News. His new book is My Turn. 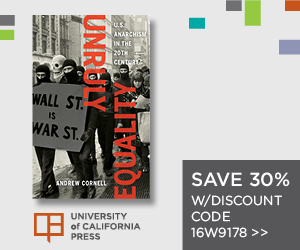 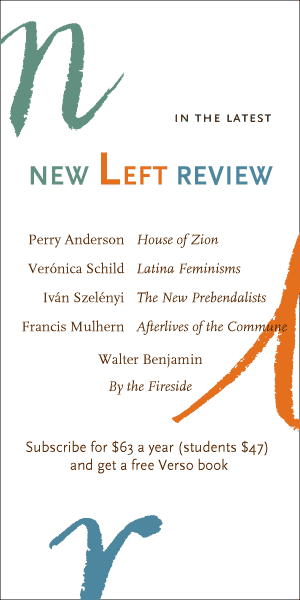